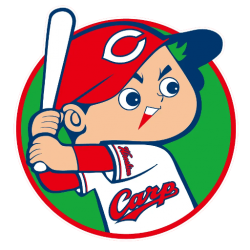 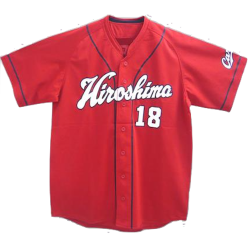 The Hiroshima Toyo Carp are a professional baseball team based in Hiroshima, Japan. They compete in the Central League of Nippon Professional Baseball. The team is primarily owned by the Matsuda family, led by Hajime Matsuda, who is a descendant of Mazda founder Jujiro Matsuda. Mazda is the largest single shareholder (34.2%), which is less than the portion owned by the Matsuda family (about 60%). Because of that, Mazda is not considered the owner firm. However, the company connection is highlighted in the club name; until 1984, Mazda's official name was Toyo Kogyo Co., Ltd.
The team joined the Central League in December 1949 as the Hiroshima Carp. MAZDA Zoom-Zoom Stadium Hiroshima officially called Hiroshima Municipal Stadium is a baseball stadium in Minami-ku, Hiroshima, Japan. It is used primarily for baseball and is the home of the Hiroshima Toyo Carp of the Japanese Central League. The ballpark has a capacity of 32,000 people and opened on April 10, 2009. It replaced First Hiroshima Municipal Stadium and initially retained the old ballpark's official name. The stadium architecture is considered to be labeled as a retro-classic ballpark