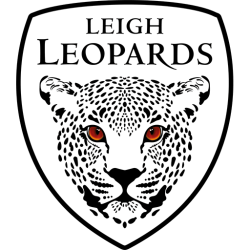 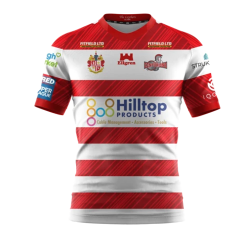 The Leigh Leopards are a professional rugby league club based in Leigh, Greater Manchester, England, who compete in the Betfred Super League.

The club was founded in 1878, and is one of the original twenty-two clubs that formed the Northern Rugby Football Union in 1895. Leigh have been Rugby League Champions twice, in 1906 and 1982, and have won the Challenge Cup twice, in 1921 and 1971. The club was known simply as Leigh until 1995, when they became known as Leigh Centurions. On 20 October 2022, the club rebranded to its current identity. Leigh Sports Village is a £50 million multi-use sports, retail and housing development in Leigh, Greater Manchester, England. The centrepiece of the development is a 12,000-capacity stadium which is home to professional rugby league team Leigh Centurions and Manchester United U19s, U23s and W.F.C. The complex also plays host to amateur rugby league club Leigh East and amateur athletics club Leigh Harriers, who both occupy dedicated facilities on the site.