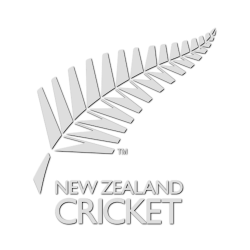 The New Zealand national cricket team represents New Zealand in international cricket. Nicknamed the Black Caps, they played their first Test in 1930 against England in Christchurch, becoming the fifth country to play Test cricket. From 1930 New Zealand had to wait until 1956, more than 26 years, for its first Test victory, against the West Indies at Eden Park in Auckland. They played their first ODI in the 1972–73 season against Pakistan in Christchurch.

The current captain in all formats of the game is Kane Williamson, who replaced Brendon McCullum after the latter's retirement in December 2015. The national team is organised by New Zealand Cricket.

The New Zealand cricket team became known as the Black Caps in January 1998, after its sponsor at the time, Clear Communications, held a competition to choose a name for the team. This is one of many national team nicknames related to the All Blacks.

As of 14 July 2019, New Zealand have played 1319 international matches, winning 502, losing 597, tying 12 and drawing 165 matches while 43 matches ended yielding no result. The team is ranked 2nd in Tests, 3rd in ODIs and 6th in T20Is by the ICC. New Zealand defeated South Africa in the semi final of the 2015 World Cup, which was their first win in the a world cup semi final and hence they made their maiden appearance in a World Cup Final, but they ultimately lost to Trans-Tasman rivals Australia. In the next World Cup in 2019, New Zealand again reached the final which they agonisingly lost to the hosts England on boundary count after the match and the subsequent Super over both ended as ties.