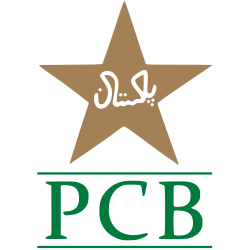 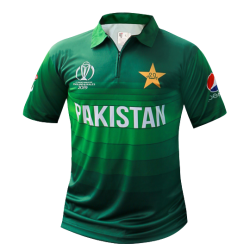 Pakistan has played 423 Test matches, winning 136, losing 128, and drawing 159. Pakistan was given Test status on 28 July 1952, following a recommendation by India, and made its Test debut against India at Feroz Shah Kotla Ground, Delhi, in October 1952, with India winning by an innings and 70 runs. In the 1930s and 40s, several Pakistani Test players had played Test cricket for the Indian cricket team before the creation of Pakistan in 1947.

The team has played 925 ODIs, winning 484, losing 413, tying 8 with 20 ending in no-result. Pakistan was the 1992 World Cup champion and was the runner-up in the 1999 tournament. Pakistan, in conjunction with other countries in South Asia, has hosted the 1987 and 1996 World Cups, with 1996 final being hosted at Gaddafi Stadium in Lahore.

The team has also played 142 Twenty20 Internationals, the most of any team, winning 90 losing 49 and tying 3. Pakistan won the 2009 ICC World Twenty20 and were runners-up in the inaugural tournament in 2007.

As of 25 March 2019, the Pakistani cricket team is ranked seventh in Tests, sixth in ODIs, and first in T20Is by the ICC.

Terrorism in Pakistan has sometimes prevented foreign teams from visiting Pakistan, with no test cricket having taken place in the country since the 2009 attack on the Sri Lanka national cricket team. Since 2009, their home matches have been mostly held in the United Arab Emirates. However, due to a decrease in terrorism in Pakistan over the past few years, as well as an increase in security, some teams have toured Pakistan since 2015. These teams include Zimbabwe, Sri Lanka, West Indies, and an ICC World XI. In addition, the Pakistan Super League has seen games hosted in Pakistan.