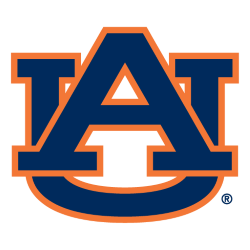 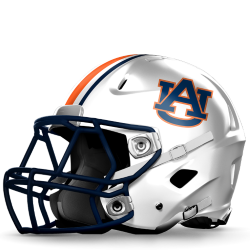 "The Auburn Tigers football program represents Auburn University in the sport of American college football. Auburn competes in the Football Bowl Subdivision (FBS) of the National Collegiate Athletic Association (NCAA) and the Western Division of the Southeastern Conference (SEC).

Auburn officially began competing in intercollegiate football in 1892. The Tigers joined the Southeastern Conference in 1932 as one of the inaugural members of the conference and the Tigers began competing in the West Division when the conference divided in 1992. Auburn has achieved twelve undefeated seasons, won twelve conference championships, along with eight divisional championships. The Tigers have made 43 post season bowl appearances, including 12 historically major bowl berths. The Tigers have the 13th most wins in FBS history with over 700 victories and have finished ranked in the Top 25 of either the AP or Coaches polls 37 times, including finishing in the top ten 18 times (ranked 12th nationally for top ten finishes).

The Tigers have produced three Heisman Trophy winners: quarterback Pat Sullivan in 1971, running back Bo Jackson in 1985, and quarterback Cam Newton in 2010. Auburn has also produced twenty-nine consensus All-American players. The College Football Hall of Fame has inducted a total of 12 individuals from Auburn, including eight student-athletes and four head coaches: John Heisman, Mike Donahue, Ralph Jordan, and Pat Dye. Jordan, who coached from 1951 to 1975, led Auburn to its first national championship and won a total of 176 games, the most by any Auburn coach.

Auburn's home stadium is Jordan–Hare Stadium, which opened in 1939 and becomes Alabama's fifth largest city on gamedays with a capacity of 87,451. Auburn's arch rival is in-state foe Alabama. The Tigers and Crimson Tide meet annually in the Iron Bowl, one of the biggest rivalries in all of sports. The Tigers are currently led by head coach Gus Malzahn." "Jordan–Hare Stadium is the playing venue for the Auburn University Tigers football team located on campus in Auburn, Alabama. The stadium is named for Ralph ""Shug"" Jordan, who owns the most wins in school history, and Cliff Hare, a member of Auburn's first football team as well as Dean of the Auburn University School of Chemistry and President of the Southern Conference.

On November 19, 2005, the playing field at the stadium was named in honor of former Auburn coach and athletic director Pat Dye. The venue is now known as Pat Dye Field at Jordan–Hare Stadium. The stadium reached its current seating capacity of 87,451 with the 2004 expansion and is the 10th largest stadium in the NCAA. By the end of the 2006 season, it was estimated that 19,308,753 spectators had attended a football game in Jordan–Hare. Jordan–Hare Stadium regularly makes lists of the best gameday atmospheres and most intimidating places to play." 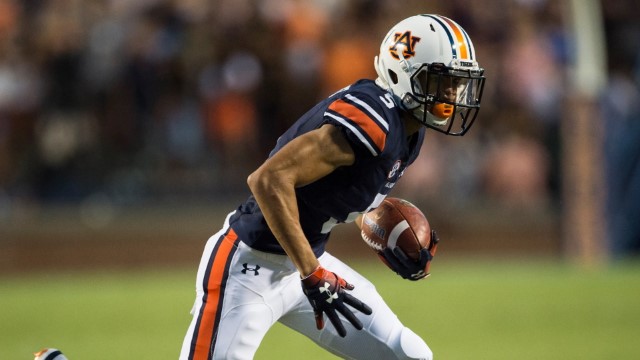