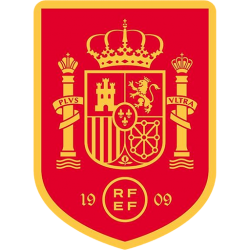 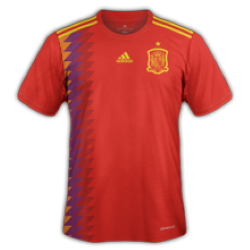 The Spain national football team (Spanish: Selección de fútbol de España) represents Spain in International association football and is controlled by the Royal Spanish Football Federation, the governing body for football in Spain. The current head coach is Vicente del Bosque. The Spanish side is commonly referred to as La Roja ("The Red "), La Furia Roja ("The Red Fury"), La Furia Española ("The Spanish Fury") or simply La Furia ("The Fury"). Spain became a member of FIFA in 1904 even though the Spanish Football Federation was first established in 1909. Spain's national team debuted in 1920. Since then the Spanish national team have participated in a total of fourteen of twenty FIFA World Cup and nine of fourteen UEFA European Championship.

Spain are one of eight national teams to have been crowned FIFA World Cup champions, having won the 2010 tournament in South Africa, defeating the Netherlands 1-0 to become the first European team to win the title outside of Europe. They are currently the reigning European champions, having won back to back titles in Euro 2008 and Euro 2012, defeating Germany and Italy in the respective finals. These three successive titles make them the only national team so far with three consecutive wins of either the applicable continental championship or the World Cup. From 2008 to 2013 (6 years) the national team won FIFA Team Of The Year, the second-most of any nation, behind only Brazil. Between November 2006 and June 2009 Spain went undefeated for a record-equalling 35 consecutive matches before their shocking loss to the United States, a record shared with Brazil. The team's achievements have led many commentators, experts and former players to consider the 2010 and 2012 Spanish sides among the best ever international sides in world football.