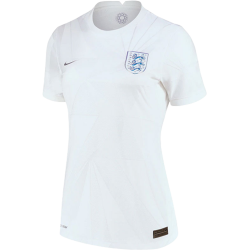 The England women's national football team has been governed by the Football Association (FA) since 1993, having been previously administered by the Women's Football Association (WFA). England played its first international match in November 1972 against Scotland. Although most national football teams represent a sovereign state, as a member of the United Kingdom's Home Nations, England is permitted by FIFA statutes to maintain its own national side that competes in all major tournaments, with the exception of the Women's Olympic Football Tournament.

England have qualified for the FIFA Women's World Cup four times, reaching the quarter-finals on the first three occasions in 1995, 2007, and 2011, and finishing third in 2015. They reached the final of the UEFA Women's Championship in 1984 and 2009. Academy Stadium is a football stadium in Manchester, England, forming part of the Etihad Campus. Announced on 19 September 2011 as part of an 80-acre training facility to cater for around 400 youth players at a time, the campus was completed in late 2014 and unveiled on 8 December 2014. The stadium, known simply as Academy Stadium, was inaugurated by students of Manchester Metropolitan University, who played the official first games on the pitch on 14 December 2014.

Although not the biggest building of the facility the stadium still features numerous facilities more common to larger stadia, including a press room, board room, offices and retail space. Situated only 400 metres from the City of Manchester Stadium, the Academy Stadium is linked to the mother ground via a 190-metre bridge across the intersection of Ashton New Road and Alan Turing Way.

The stadium is the new home stadium of the Elite Development Squad and other senior academy teams, and also of Manchester City Women. In 2016, it was used as one of the two venues for that year's World Rugby Under 20 Championship in rugby union, alongside AJ Bell Stadium in Salford.