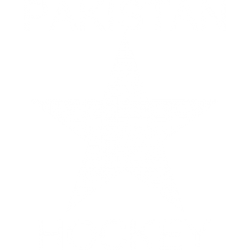 The Pakistan national field hockey team (Urdu: پاکستان قومى ہاكى ٹیم‎) is administered by the Pakistan Hockey Federation (PHF), the governing body for hockey in Pakistan. They have been a member of the International Hockey Federation (FIH) since 1948 and founding member of the Asian Hockey Federation (ASHF) which formed in 1958. Pakistan is the most successful national field hockey team in the Hockey World Cup with four championships: 1971, 1978, 1982 and 1994. Pakistan also has the best overall performance in World Cup history in both proportional and absolute terms with 53 victories in 84 matches played, seven time draws, six appearances in the finals and only 24 losses. Pakistan national team has played in all FIH World Cup editions with only one absence in 2014. The green shirts is also one of the most successful national teams in the Asian Games with eight gold medals: 1958, 1962, 1970, 1974, 1978, 1982, 1990 and 2010, the highest number of times a country has come first, and the only Asian team to have won the prestigious Champions Trophy with three championships: 1978, 1980 and 1994. Pakistan have won a total of 29 official international titles to professional and grassroots level selections, with three gold medals in the Olympic Games field hockey tournaments in Rome 1960, Mexico City 1968 and Los Angeles 1984.

Field hockey being the national sport of the country, Pakistan national team has been ranked as the #1 team in the world from 2000 till 2001 by FIH, and former captain Sohail Abbas holds the world record for the most international goals scored by a player in the history of international field hockey, with a tally of 348 goals. Waseem Ahmad holds the record for Pakistan appearances, having played 410 times between 1996 and 2012.

Pakistan is known for having fierce rivalry with India, having a record of playing each other in South Asian Games and Asian Games finals. They have competed against one another in twenty major tournaments finals so far, out of which Pakistan has won thirteen titles in total. Pakistan have a record of winning the first three championships of Hockey Asia Cup in 1982, 1985 and 1989 against India in row. Pakistan's home ground is National Hockey Stadium, in Lahore, and the current team head coach and manager is Khawaja Muhammad Junaid.