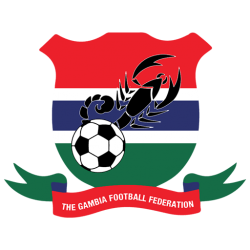 The Gambia national football team, nicknamed The Scorpions, is the national team of The Gambia and is controlled by the Gambia Football Federation. Until 1965, the team and the country, were known as British Gambia. It has never qualified for the World Cup or the Africa Cup of Nations finals.

Independence Stadium is a multi-purpose stadium in Bakau, Gambia. It is currently used mostly for football matches, although it is also used for athletics, concerts, political events, trade fairs and national celebrations. The stadium holds 30,000 people.