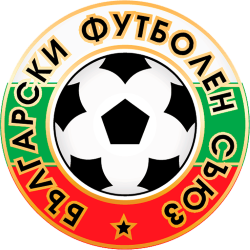 The Bulgaria national football team (Bulgarian: Български национален отбор по футбол) represents Bulgaria in international football and is administered by the Bulgarian Football Union, a member association of UEFA. The team's home venue is the Vasil Levski Stadium in Sofia, and is currently managed by Georgi Dermendzhiev.

Their best achievements are reaching the final in the 1968 Summer Olympics and the FIFA World Cup semi-finals in 1994. They have also competed at the Balkan Cup, winning four titles. However, Bulgaria has failed to qualify for any major tournament since UEFA Euro 2004.

Vasil Levski National Stadium (Bulgarian: Национален стадион „Васил Левски“), named after Bulgarian national hero and revolutionary Vasil Levski, is the country's second largest stadium. The stadium has 44,000 seats and is located in the centre of Sofia, on the territory of the city's oldest and most famous park - the Borisova gradina. The Bulgaria national football team's home matches and the Bulgarian Cup finals are held at the venue, as well as athletics competitions. It was used as the home venue for Levski Sofia's Champions League games, and is often used for important derbies between the big clubs from Sofia, instead of their own home stadiums.