Raja Club Athletic (RCA) (Arabic: نادي الرجاء الرياضي‎; transliterated: nādī ar-Rajāʾ ar-Riyāḍi) is a sports club with sections in many different disciplines in Casablanca, Morocco. Raja was founded in 20 March 1949 as part of the political struggle against French rule by nationalists who aimed to create a focus for working-class young Moroccans. The club is most well known outside Morocco for its football team.

In Morocco, Raja Casablanca is still regarded as the club of the people. For many years it had a reputation of playing entertaining football without winning many trophies. However Raja has evolved recently into a more professional outfit capable of winning trophies at home and abroad. Since 1949, Raja CA has been crowned domestic champions on eleven occasions, and has never been relegated to the Second Division.

On the continental side, Raja has won more CAF trophies than any other Moroccan team. The club has 3 CAF Champions League, 1 CAF Super Cup titles and 2 CAF Cup titles. Raja Casablanca placed third in 2000 in CAF's ranking of African clubs of the last century, finishing behind the Egyptian teams Al Ahly and Zamalek. The club was listed as one of the most valuable football clubs in Africa and one of the most widely supported teams in the continent and the first in its country.

Internationally, Raja has also won 1 Afro-Asian Cup title. Raja Casablanca is the first Moroccan and African club to participate in the FIFA Club World Cup. They competed in the first edition that took place in 2000 in Brazil. Raja Casablanca became the second club to reach the FIFA Club World final as the representative of CAF, after TP Mazembe, as well as the host nation's national champions, after Brazilian club Corinthians, and the first under the current seven-club format since the 2007 edition, as they defeated Atlético Mineiro at the semi-final of 2013 FIFA Club World Cup with the Tunisian coach Faouzi Benzarti

The northern part of the Stade Mohammed V is occupied by the supporters of Wydad Athletic Club, we distinguish mainly three types of supporters: the members of the supporters' associations, the Ultras members and the independents who do not belong to any group of supporters. 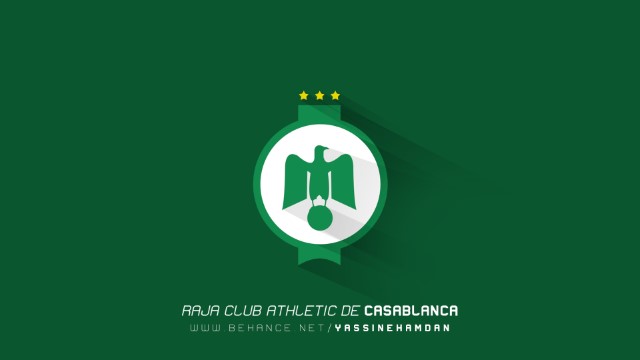