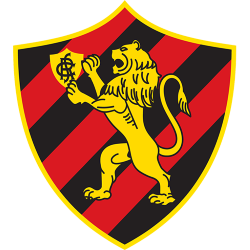 Sport Club do Recife (known as Sport and Sport Recife, abbreviated as SCR) is a Brazilian sports club, located in the city of Recife, in the state of Pernambuco. It was founded on May 13, 1905, by Guilherme de Aquino Fonseca, who lived for many years in England, where he studied at Cambridge University.

In football, the club has won six CBD/CBF titles, including three national and three regional. Its greatest glories are the Brazilian Championship 1987 and Brazil Cup 2008. In addition to professional football, the club also participates in women's football and Olympic sports, such as rowing, swimming, hockey, basketball, futsal, volleyball, table tennis, taekwondo, judo and athletics.

Estádio Adelmar da Costa Carvalho, commonly known as Estádio Ilha do Retiro or simply Ilha do Retiro, is a football stadium situated in Recife, State of Pernambuco, in Northeastern Brazil, and owned by Sport Recife.