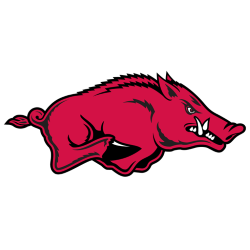 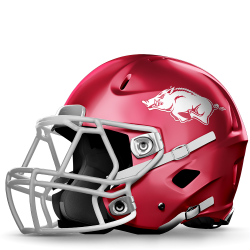 The Arkansas Razorbacks football program represents the University of Arkansas, located in Fayetteville, Arkansas, in the sport of American football. The Razorbacks compete in the Football Bowl Subdivision (FBS) of the National Collegiate Athletic Association (NCAA) and the Western Division of the Southeastern Conference (SEC). The program has 1 claimed national championship awarded by the Football Writers Association of America (FWAA) and Helms Athletic Foundation (HAF) in 1964, 1 unclaimed national championship awarded by the Foundation for the Analysis of Competitions and Tournaments (FACT) in 1977, 13 conference championships, 45 All-Americans, and an all-time record of 701–475–40. The Razorbacks are the 23rd-ranked team in college football history by total number of wins. Home games are played at locations on or near the two largest campuses of the University of Arkansas System: Donald W. Reynolds Razorback Stadium in Fayetteville, and War Memorial Stadium in Little Rock. Donald W. Reynolds Razorback Stadium is an American football stadium in Fayetteville, Arkansas and serves as the home field of the University of Arkansas Razorbacks football team since its opening in 1938. The stadium was formerly known as Razorback Stadium since 1941 before being renamed in 2001 in honor of Donald W. Reynolds, an American businessman and philanthropist. The playing field in the stadium is named the Frank Broyles Field, honoring former Arkansas head football coach and athletic director Frank Broyles.