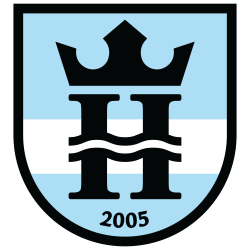 FC Helsingoer vs Nykøbing (29 May)

Helsingør Stadium (Danish: Helsingør Stadion) is a football stadium in Helsingør, Denmark. It is the home ground of FC Helsingør. It has a capacity of 4,500 of which 282 are covered seating, and has no floodlights.

Following FC Helsingør's promotion to the Danish Superliga for the first time in 2017, the club had to seek special dispensation to use Helsingør Stadium for top division matches. This was granted after the addition of temporary facilities and given the club's plans to construct a new stadium. The first Superliga match at the ground was against Odense Boldklub on 24 July 2017, with a record attendance of 3,984. Another new record was set on 17 September 2017, when 5,308 people watched Helsingør's Superliga match against F.C. Copenhagen.