The Albania national football team (Albanian: Kombëtarja e futbollit të Shqipërisë) is the men's football team that has represented Albania in international competition since 1946 and is controlled by the Albanian Football Association which is headquartered in the city of Tirana. The team is affiliated with UEFA and competes in the three major professional tournaments, the FIFA World Cup, UEFA European Championship and the UEFA Nations League. Albania was the winner of the 1946 Balkan Cup and the 2000 Malta Rothmans International Tournament. At Euro 2016, Albania made its debut at a major men's football tournament after 50 years. After its completion in 2019, Air Albania Stadium, also known as Arena Kombëtare (English: National Arena) will be the home ground of the national team. Albania's highest FIFA World Ranking was 22nd in August 2015.

The colours of the team are red, white and black, and the double headed eagle its symbol. Its supporters are collectively known as the Tifozët Kuq e Zi and display as well as the country's national flag colours, red and black. 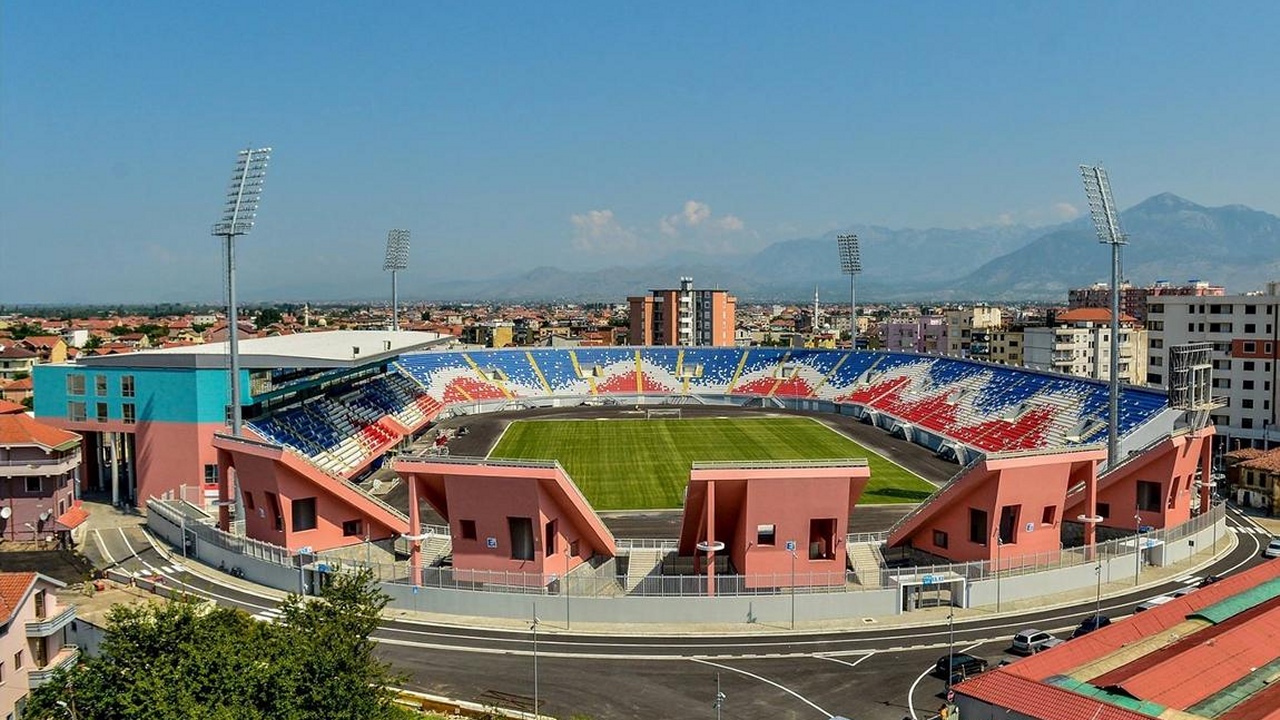 The Loro Boriçi Stadium (Albanian: Stadiumi Loro Boriçi) is a multi-purpose stadium in Shkodër, Albania, which is used mostly for football matches and is the home ground of Vllaznia. The initial stadium was built in 1952 and named after the communist partisan Vojo Kushi. It was reconstructed during the 1980s bringing its capacity to around 15,000. In 1990, during the fall of communism in Albania, the stadium was renamed in honour of former footballer Loro Boriçi. Between 2015 and 2016 the stadium was rebuilt into a modern All-seater stadium with a capacity of 16,022. The stadium is also the second largest stadium in Albania behind the Qemal Stafa Stadium in Tirana.