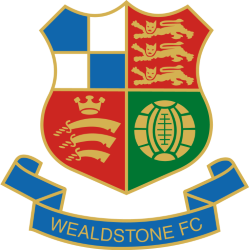 Wealdstone vs Solihull Moors (22 May) 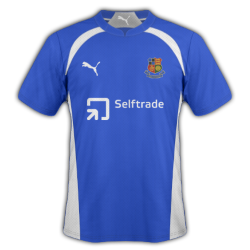 Wealdstone Football Club (/ˈwiːldstən/) is an English professional football club based in Ruislip, Greater London, and affiliated to the Middlesex County Football Association. Established in Wealdstone in 1899, the club was based at Lower Mead stadium in Harrow from 1922 until being forced out in 1991; they have been based at Grosvenor Vale in Ruislip since 2008. The team currently plays in the National League, the fifth tier of English football, having been promoted as champions of the National League South for the 2019-20 season. The team play in royal blue and amber striped shirts, royal blue shorts and royal blue socks, and are traditionally nicknamed "The Stones" or "The Royals".

The club were the first to achieve the famed non-league 'double', winning both the FA Trophy and the Alliance Premier League (now the National League) in the same season (1984–85). They also have the distinction of appearing in the first ever football match to be televised in the UK, when the BBC showed part of their league match against Barnet in October 1946.

Grosvenor Vale is a football stadium in Ruislip, Greater London, England. The current capacity of the ground is 3,200. It is the home of Wealdstone F.C., who moved into the ground in 2008, after 17 years of ground sharing with other clubs after leaving their Lower Mead stadium.

The ground was opened in 1947 to house Ruislip Manor F.C.. Ruislip Manor played there until the club collapsed in 2008, and the lease for the ground was then purchased by Wealdstone F.C. The stadium has been slowly improved and expanded since then.