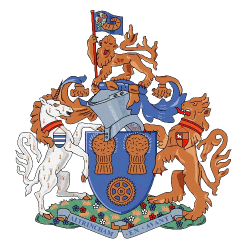 Altrincham vs Yeovil (22 May)

Altrincham Football Club is a semi-professional football club based in Altrincham, Greater Manchester, England. Founded in 1891 and nicknamed "the Robins", they are currently members of the National League, the fifth tier of English football, and play at Moss Lane.

Moss Lane (currently known as the J. Davidson Stadium for sponsorship purposes) is a multi-purpose stadium in Altrincham, Greater Manchester, England. It is currently used primarily for football matches and is the home ground of Altrincham. The stadium also hosts games for Manchester United's under 17s side, and women's development team, as well as serving as a backup home venue for Manchester United W.F.C..

The stadium comprises two all-seater stands on one side with a combined capacity of 1,323 spectators and terraces on the other three sides, giving a total capacity of 6,085.