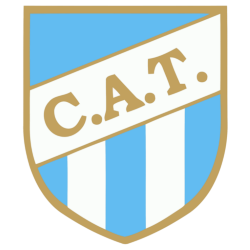 Club Atlético Tucumán (mostly known as Atlético Tucumán) is an Argentinian football club based in the city of San Miguel de Tucumán of Tucumán Province. Although several sports are practised at the club, Atlético is mostly known for its football team, which currently plays in the Primera División, the first division of the Argentine football league system. They played for the first time in 2017 both Copa Libertadores and Copa Sudamericana.

Other activities hosted by the institution are basketball, chess, field hockey, handball and karate.

History
The club was founded in 1902, which makes Atlético the oldest football club from the province of Tucumán.

Atlético has participated in nine seasons in the Primera division: eight seasons between 1973 and 1981, and a single season in 1984. The team's best ever performance in Primera División was in 1979, when they reached the semi-finals of the Torneo Nacional.

In 2008 Atlético Tucumán was promoted to the Argentine 2nd Division after defeating Racing de Córdoba in the final game of Torneo Argentino A, and one year later the squad achieved its 2nd consecutive promotion by winning the B Nacional tournament and reaching the Primera División.

Tucumán Derby
The Tucumán Derby is played between Atlético and its longtime rival San Martín, both of the same city. The Santo (as San Martín is nicknamed) currently plays in the Torneo Argentino A, the regionalized third division of Argentine league system.

The Estadio José Fierro is a multi-use stadium in Tucumán, Argentina. It is the home ground for Club Atlético Tucumán. The stadiums capacity is now 35,200 due to extensive remodeling of the stadium. A further expansion is in the planning stages and will be revealed in the near future.

The ground has been used several times by the Argentina national rugby team. A 24–16 defeat by Scotland in June 2010 was the first time Argentina had lost at the ground, after seven previous wins.

The ground will be used once more by the Argentina national rugby team in 2014, where it will host one of two Admiral Brown Cup matches against Ireland.