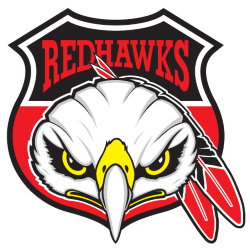 The Malmö Redhawks, also known simply as Malmö or by their former abbreviation MIF, are a Swedish professional ice hockey club based in Malmö. The team is currently playing in Sweden's premier hockey league, the SHL. They play their home games at Malmö Arena. The club has historical roots dating back to 1947 as the ice hockey division of the association football club Malmö FF. In 1972 the team broke loose from Malmö FF and started an independent club known as Malmö IF. The name was changed to MIF Redhawks in 2001, this lasted until 2004 when it was changed to Malmö Redhawks.

Malmö played 18 consecutive seasons of ice hockey in Sweden's top tier, currently named the SHL from 1987 to 2005. They made a brief comeback to the top tier in the 2006–07 season, and returned once again to the SHL for the 2015–16 season. The most successful era in the history of the club occurred during the 1990s, when the team won two Swedish championships, in 1992 and 1994 and the 1993 European Cup.

Malmö Arena is a multi-use indoor arena in Malmö, Sweden, the home of SHL ice hockey club Malmö Redhawks. It is the largest arena in the SHL, and the second-largest indoor arena in Sweden. Apart from hosting Redhawks hockey matches, the arena is often the venue for team handball, floorball, concerts, and other events. It has also hosted indoor athletics. Owned and operated by Parkfast AB, the arena was designed by Mats Matson of MM Matsson Konsult AB, Hannu Helkiö of Pöyry Architects, and Gert Wingårdh of Wingårdh arkitektkontor. Naming rights for the venue are owned by Malmö Stad, in a ten-year contract, agreed in 2007. Malmö Arena hosted the Eurovision Song Contest 2013 between 14 and 18 May 2013 and the 2014 World Junior Ice Hockey Championships from 26 December 2013 to 5 January 2014.

With a capacity of 13,000 for sports and 15,500 for concerts, Malmö Arena is the second-largest indoor arena in Sweden, only trailing the Ericsson Globe, located in Stockholm. The attendance record for concerts at Malmö Arena is 11,300, set by a Lady Gaga concert on 19 November 2010. The venue attendance record for ice hockey was set on 12 November 2008, when Malmö Redhawks hosted Leksands IF in front of 13,247 people. Ground was broken on 10 January 2007, and the arena was inaugurated on 6 November 2008. The final construction cost for the arena was 750 million SEK. The arena is located about 80 m (260 ft) from Hyllie railway station, from where there are rail and bus connections to Malmö Central Station, Copenhagen Airport, and Copenhagen Central Station.