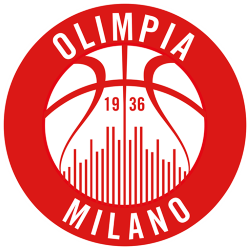 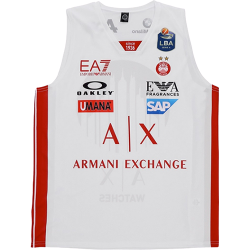 Pallacanestro Olimpia Milano, also known as EA7 Emporio Armani Olimpia Milano after its title sponsor, is a Lega Basket Italian professional basketball team, based in Milan, Italy. Its colors are red and white, and the team is sometimes referred as "Scarpette Rosse" (Little Red Shoes) because team officials imported red Converse All-Star shoes for players from the United States. The tag line stuck, and the nickname is still used by many fans today.

As per custom in the Italian league, sponsorship has kept the team name changing frequently. From 1936 until 1955 it was called Borletti Milano. From 1956 to 1973 it was renamed Simmenthal. Other famous sponsorships were Billy, Simac, Tracer and Philips in the 1980s. For past club sponsorship names, see the list below.

The Mediolanum Forum (formerly known as FilaForum di Assago, DatchForum di Assago and Forum di Assago) is an indoor sports arena that is located in Assago, near Milan, Italy. The arena has a seating capacity of 12,500 for basketball and is primarily used for ice hockey, basketball, and tennis. It also hosts live concerts.

The Forum received the European Prize for Architecture for sports venues awarded by CONI and the Council of Europe. It is also the only facility in Italy, along with Palalottomatica in Rome, that is a part of the European Arenas Association network.

The Forum is the home floor of the Italian League professional basketball team Armani Jeans Milano.