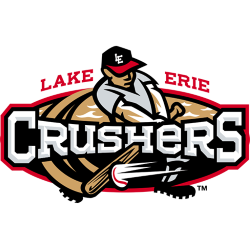 The Lake Erie Crushers are a professional baseball team based in Avon, Ohio. It is a member of the independent Frontier League, which is not affiliated with Major League Baseball.

The Crushers won the Frontier League Championship in their inaugural season. They defeated the River City Rascals three games to two after losing the first two games of the series.

All Pro Freight Stadium is a baseball park in Avon, Ohio. It is the home of the Lake Erie Crushers, a Frontier League team that began play in 2009. The ballpark has a capacity of 5,000 people and opened on June 2, 2009, with the Crushers defeating the Windy City Thunderbolts, 5-2. The naming rights to the ballpark are owned by an Avon-based transportation, warehouse, and distribution company called All Pro Freight Systems Inc.