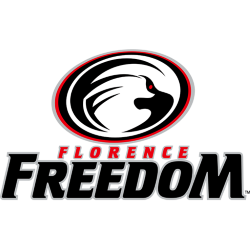 The Florence Freedom are a professional baseball team based within the Greater Cincinnati region in the city of Florence, Kentucky. The Freedom are a member of the West Division of the Frontier League, an independent baseball league. From the 2004 season to the present, the Freedom have played their home games at UC Health Stadium (formerly Champion Window Field), which is located near the Interstates 71 and 75.

The Freedom franchise has won three Frontier League championships. However, these titles came when the team existed as the Erie Sailors (1994), Johnstown Steal (1995), and Johnstown Johnnies (2000). The franchise is currently tied with the Rockford RiverHawks (including years as Portsmouth and Springfield) for most total league championships, with three each.

UC Health Stadium is a stadium in Florence, Kentucky. It is primarily used for baseball and is the home field of the Florence Freedom of the Frontier League, an independent baseball league. It originally opened in 2004 as Champion Window Field and holds 4,500 people.

On November 27, 2012, the Freedom announced that UC Health, the healthcare system of the University of Cincinnati, had signed a 10-year naming rights deal, giving the ballpark its UC Health Stadium name.