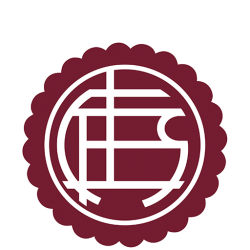 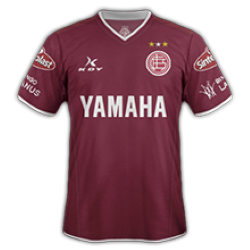 Club Atlético Lanús (Spanish pronunciation: ) is an Argentine sports club from the Lanús district of Greater Buenos Aires. Founded on 3 January 1915, the club's main sports are football and basketball. In both sports, Lanús plays in Argentina's top divisions: Primera División (football) and Liga Nacional de Básquet (basketball). In football, Lanús has won six major championships in its history: the 1996 Copa CONMEBOL (the predecessor of the current Copa Sudamericana), the 2007 Apertura, the 2013 Copa Sudamericana, the 2016 Argentine Primera División, the 2016 Bicentenario national cup and the 2017 Supercopa Argentina.

Apart from football, Lanús hosts many other sports such as athletics, gymnastics, martial arts, handball, field hockey, roller skating, swimming, tennis, volleyball and weightlifting. The club has a futsal team in Colombia.

Estadio Ciudad de Lanús – Néstor Díaz Pérez, also known as La Fortaleza (The Fortress), is a multi-use stadium in Lanús, Argentina. It is currently used primarily for football matches and is the home ground of Club Atlético Lanús. The stadium holds 47,027 people and was built in 1929. In September 2010, the club started construction on a roof for the local stand, which has since been completed. Several other works were completed in 2014, these additions consisting in a new changing rooms, a press conference room, an official club shop, a highly competitive gym, a café for club members and a secondary school behind the stadium.