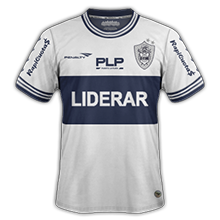 Club de Gimnasia y Esgrima La Plata (English: La Plata Gymnastics and Fencing Club), also known simply as Gimnasia or the acronym CGE, is a professional Argentine sports club based in the city of La Plata, Buenos Aires Province. Founded in 1887 as "Club de Gimnasia y Esgrima", the club is mostly known for its football team, which currently plays in the Primera División, the first division of the Argentine football league system. The club is currently managed by Diego Maradona.

The Juan Carmelo Zerillo Stadium, also known as El Bosque (Spanish for "The Forest", due to its location in a big city park of the same name), is a sports venue located in the city of La Plata, Buenos Aires, Argentina. It is located on 60th Avenue and its intersection with 118th Street. It is the stadium of the Club de Gimnasia y Esgrima La Plata, and nowadays has the capacity to accommodate approximately 33,500 spectators.

The stadium was named in honor of Juan Carmelo Zerillo, who was president of the club between 1929 and 1931. During his tenure, Gimnasia y Esgrima won its first official title, the 1929 Primera División championship.