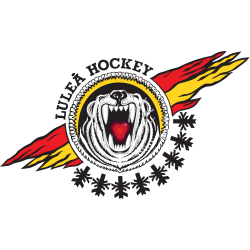 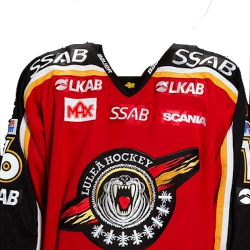 Luleå Hockeyförening is an ice hockey club from Luleå, Sweden. The club has been playing in the SHL, the top tier of ice hockey in Sweden, since the 1984-85 season. They are the northernmost team in the league and have won the Swedish championships once, in 1996. Since being promoted to the top flight (then called Elitserien) in 1984, the team has not once had to participate in a promotion/relegation-qualifier to defend their spot in the top league. Coop Norrbotten Arena is an indoor sporting arena located in Luleå, Sweden. The seating capacity of the arena is 6,300, and it is the home arena of the Luleå HF ice hockey team. Until 2002 it was called Delfinen ("The Dolphin") when it was refurbished and the naming rights were sold to the local division of the Swedish retail company Kooperativa Förbundet, who renamed it Coop Arena. In 2009, it was renamed Coop Norrbotten Arena, although it's still occasionally referred to as "Coop Arena".