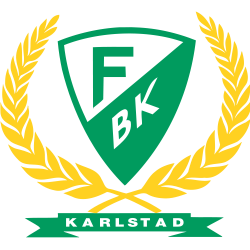 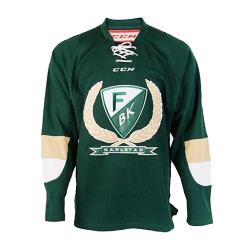 Färjestad Bollklubb (Swedish pronunciation: ; abbreviated as FBK) is a Swedish professional ice hockey team based in Karlstad. Färjestad has had 20 Swedish Championship final appearances, winning nine times since the Swedish Hockey League (SHL; formerly Elitserien) was started in 1975. The team plays in the highest Swedish league, and have done so since 1965. With their four latest Championship wins, they are the most successful SHL club of the 21st century. They are featured rivals with Djurgårdens IF, Frölunda HC, and HV71.

Löfbergs Arena is an arena located in Karlstad, Sweden, situated just above the river delta of Klarälven. It is primarily used for ice hockey, and is the home arena of Färjestad BK. It opened in 2001 following a complete overhaul and major expansion of the previously existing arena Färjestads Ishall. It replaced Färjestads Ishall as the home of Färjestad and has a capacity of 8,647 people.

In 2004 and 2006, the arena hosted a semi-final of Melodifestivalen. Other notable music artists and groups who have performed at the arena include Elton John, Bob Dylan, John Fogerty, Bryan Adams, Dolly Parton, Rod Stewart, Motörhead and Judas Priest.

On September 30, 2009, Färjestad BK faced off against the NHL's Detroit Red Wings in an exhibition match from the arena, losing 6–2.

The arena was named the host of the 2010 Men's World Inline Hockey Championships, as well as the 2012 European Curling Championships.

The name of the arena comes from the coffee roastery Löfbergs.