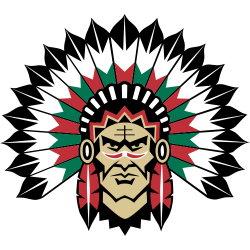 Frölunda HC vs Djurgårdens IF (27 Feb) Frölunda Hockey Club, also known as the Frölunda Indians, is a Swedish professional ice hockey club based in Gothenburg. They are currently playing in the highest Swedish league, Swedish Hockey League (SHL; formerly Elitserien), where they have played the majority of the seasons during the club's existence. The last time they played in the lower division, Allsvenskan, was in 1995. Frölunda have won the national championship title three times, in 1965, 2003, and 2005.

Frölunda's home venue is the Scandinavium arena in central Gothenburg, which has a capacity of 12,044 people. Frölundaborg is used when Scandinavium is occupied with other events. Förlunda's average home attendance has been the highest in the league for over a decade.

Scandinavium is the primary indoor sports and event arena in Gothenburg, Sweden. Construction on Scandinavium began in 1969 after decades of setbacks, the arena was built in time for the 350th year anniversary celebration of the City of Gothenburg and was inaugurated on 18 May 1971.

Scandinavium has been selected as a championship arena at least fifty times, hosting events such as World Championships in handball and ice hockey, European championships, Davis Cup finals, and in 1985 the Eurovision Song Contest. Scandinavium is the home arena for Frölunda HC of Swedish Hockey League, and venue for the annual Göteborg Horse Show.