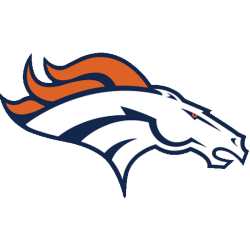 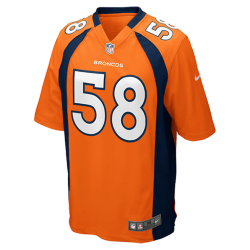 The Denver Broncos are a professional American football team based in Denver, Colorado. They are members of the West Division of the American Football Conference (AFC) in the National Football League (NFL). The Broncos began play in 1960 as a charter member of the American Football League (AFL) and joined the NFL as part of the merger in 1970. The Broncos are owned by the Pat Bowlen trust. The Broncos have played at Sports Authority Field at Mile High since 2001, after previously playing at Mile High Stadium from 1960–2000.

The Broncos were barely competitive during their 10-year run in the AFL and their first seven years in the NFL, never making the playoffs. They did not have a winning season until 1973. Four years later, in 1977, they made the playoffs for the first time in franchise history and advanced to Super Bowl XII. Since 1975, the Broncos have become one of the NFL's more successful teams, having suffered only six losing records in 40 seasons. They have won seven AFC Championships and two Super Bowls, and have four players in the Pro Football Hall of Fame: John Elway, Floyd Little, Gary Zimmerman, and Shannon Sharpe. Sports Authority Field at Mile High, previously known as Invesco Field at Mile High, and commonly known as Mile High or Mile High Stadium, is an American football stadium in Denver, Colorado. The home facility of the Denver Broncos of the National Football League (NFL), it opened in 2001 to replace Mile High Stadium. The stadium was largely paid for by taxpayers in the Denver metropolitan area and the property is owned by a special taxing district. More controversially, Invesco paid $120 million for the original naming rights, before Sports Authority secured the naming rights on August 16, 2011.