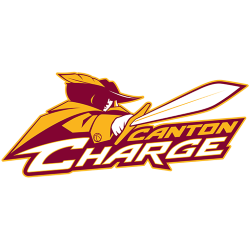 The Canton Charge is an NBA Development League minor league basketball team based in Canton, Ohio, United States. The Charge's NBA affiliate is the Cleveland Cavaliers, which also owns the team. They play their home games at the Canton Memorial Civic Center.

The Canton Memorial Civic Center is a multi-purpose arena located in Canton, Ohio, USA, and is currently the home arena for the Canton Charge of the NBA Developmental League (NBADL).

Built in 1951, previous sports teams that have played at the center include the Canton Legends arena football team, Canton Invaders indoor soccer team, and Ohio Aviators of the American Basketball Association. The building is owned by the City of Canton and operated by SMG. Capacity is 5,200 in the arena, and up to 600 in the McKinley Room.