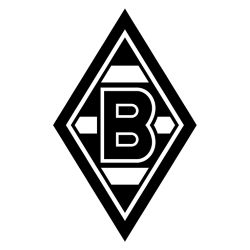 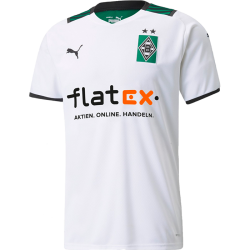 Since 2004, Borussia Mönchengladbach have played at the 54,057 capacity Borussia-Park, having previously played at the smaller Bökelbergstadion since 1919. Borussia-Park is famous for its "Nordkurve" (or North stand), a single-tiered stand. Borussia Mönchengladbach has over 60,000 members as of September 2013 and is the fifth largest club in Germany. Their main rivals are 1. FC Köln.

"Borussia" is a Latinized form of Prussia, a popular term in naming German clubs located within the former Kingdom of Prussia. The club's nickname is Die Fohlen (The Foals), coined in the 1970s due to having a young team with a fast, aggressive playing style. The official mascot of the club is the foal Jünter.

Borussia Mönchengladbach were formed as FC Borussia in 1900 in the Eicken district of Mönchengladbach. Borussia derives from the Latinized form of Prussia, the Kingdom in which Mönchengladbach was situated from 1815. By 1912, Die Borussen found themselves in the Verbandsliga, at the time the highest division the club could play in.

In March 1914, the club purchased De Kull, the ground on which the Bökelbergstadion would be built. The First World War halted the progress of both the stadium and FC Borussia, but by late 1917 the team had begun to play games once more. In 1919, FC Borussia merged with another local club, Turnverein Germania 1889, becoming 1899 VfTuR M.Gladbach. The club tasted its first major success in 1920, beating Kölner BC 3–1, thus winning the Westdeutsche Meisterschaft final.

The union between Germania and Borussia only lasted a matter of two years; the club was thereafter known as Borussia VfL 1900 e.V. M.Gladbach. 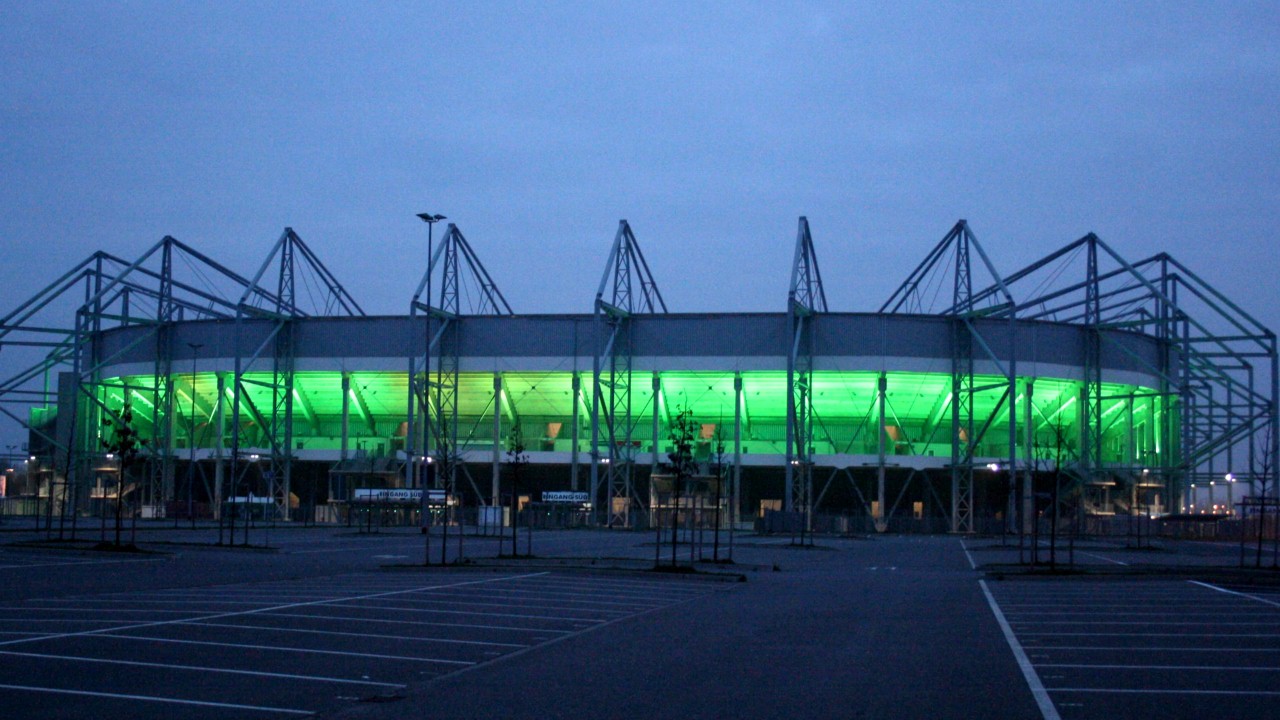 Borussia-Park has a capacity of up to 54,057, of which 16,145 are standing-room only due to popular demand. For international games, the standing room is converted into temporary seating for a total seating capacity of 46,249.

The new stadium features amenities such as VIP lounges, fanshop and sports bar, and cost 85 million euro to construct.

Despite its large capacity and relative youth, the stadium missed out on holding matches during the 2006 World Cup, which Germany hosted. It was the largest capacity Bundesliga stadium to do so. 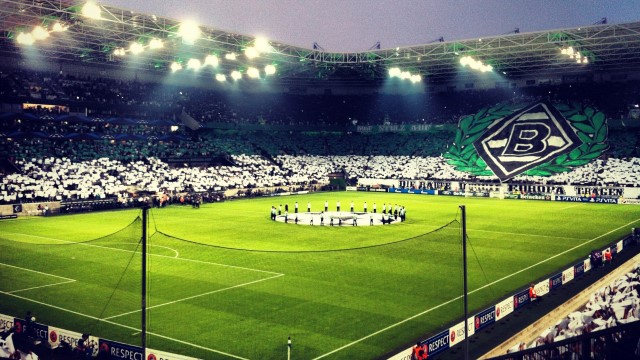 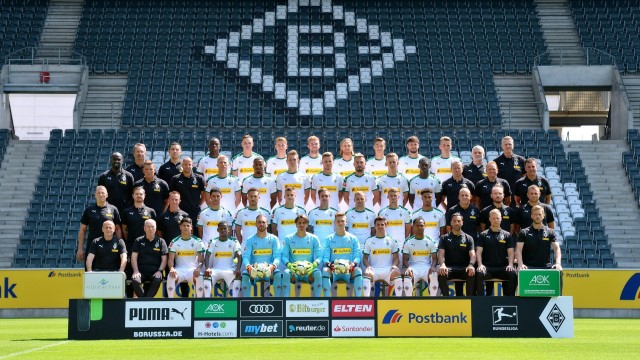