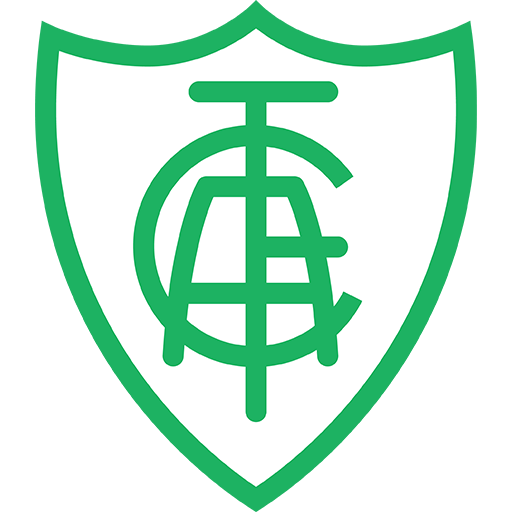 América Futebol Clube (also known as América Mineiro or simply América) is a Brazilian club from Belo Horizonte, Minas Gerais. Although the club competes (or has competed) in a number of different sports, it is well known for its professional association football team. Founded in 1912, the club preserves its name and crest since its inception. The original home kit colours are white and green only; the black color was incorporated in the 1970s. The team also played with a red home kit between 1933 and 1942, as a protest to the introduction of professionalism. It hosts its matches at Independência stadium, being the only professional club in Belo Horizonte to have its own stadium. The club has the third largest fan base among the teams from Minas Gerais.

América is one of the most traditional and successful teams from Minas Gerais. It has won the state championship 16 times, and finished as runners-up in another 15 occasions. The first 10 victories were in a row, between 1916 and 1925, being the national record of successive accomplishments (together with ABC); the most recent was in 2016. Other major accomplishments were the Brazilian Second Division in 1997 and 2017, South-Minas Cup in 2000, and Brazilian Third Division in 2009. As of 2017, it plays in the Campeonato Mineiro, Minas Gerais's premier league, as well as in the Brazilian Second Division, and in the Brazilian Cup.

The club has a long reputation in forming young talents in football. Among others, it has revealed the world-class players Tostão, Éder Aleixo, Yuji Nakazawa, Gilberto Silva, Fred and Danilo. América has won the three most important junior tournaments in Brazil: São Paulo Juniors Cup (1996), Brazilian Championship U-20 (2011) and Belo Horizonte Juniors Cup (2000 and 2014).