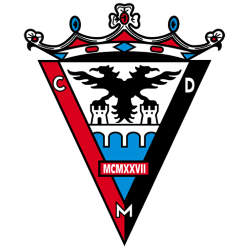 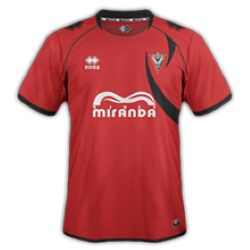 Club Deportivo Mirandés is a Spanish football team based in Miranda de Ebro, Province of Burgos, in the autonomous community of Castile and León. Founded on 3 May 1927 it plays in Segunda División, holding home matches at Estadio Municipal de Anduva.
Mirandés' origins can be traced to the beginnings of the 20th century, with clubs such as El Deportivo Mirandés (1917), Sporting Club Mirandés (1919), Deportivo SC (1919) and Miranda Unión Club (1922) all being its predecessors. Club Deportivo was founded as such on 3 May 1927, playing its first game on 4 June in the Saint John of the Mountain Festival, against Arabarra, winning 1–0 courtesy of a Fidel Angulo goal; the team's first president was Arturo García del Río, with the organization's initial capital consisting of 666 shares of 15 pesetas each.

Estadio Municipal de Anduva, is a stadium in Miranda de Ebro, Spain. It has a capacity of 6,000 spectators and opened in 1950. It is the home of CD Mirandés of the Segunda División.

Additionally, it also held other sporting events, most notably the under-21 match between Spain and Poland in 2006 (0–1).