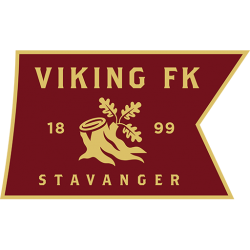 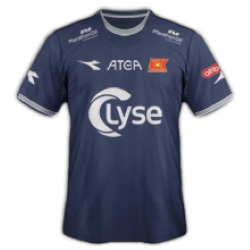 Viking Fotballklubb, commonly known as Viking or Viking Stavanger internationally, is a Norwegian football club from the city of Stavanger. The club was founded in 1899. It is one of the most successful clubs in Norwegian football, having won 8 Norwegian top division titles, most recently in 1991, and 5 domestic Norwegian Cup titles, most recently in 2001. The club has played more top-flight league games than any other club. It has played in the top division since the league was established, except for the years 1966–67, 1987–88 and 2018. Notable European successes include knocking English side Chelsea out of the UEFA Cup during the 2002–03 season, knocking out Sporting CP from the same tournament in 1999–2000, and qualifying for the group stages of the 2005–06 UEFA Cup. Viking Stadion is a football stadium, built at Jåttåvågen, in Stavanger, Norway. It was inaugurated in May 2004 and cost 160 million NOK to build (€ 20 million). 50 million NOK, plus the lot it was built on, was a gift from the municipality. It replaced Stavanger Stadion as the home stadium for Viking FK. Among the persons present at the official opening match were the coach of the Norwegian national football team Åge Hareide, Norwegian Idol winner Kjartan Salvesen and Kjell Inge Røkke.

The stadium can also host large music concerts and events, and among the artists who have played in Viking Stadium are Bryan Adams, R.E.M., Roger Waters, Bob Dylan, Sissel Kyrkjebø & Plácido Domingo, The Eagles, KISS, Robbie Williams and Ylvis.

Right outside the stadium is Jåttåvågen Station, which serves the Jæren Commuter Rail.

The venue has hosted Norway national under-21 football team matches four times, playing 1–0 against Spain on 31 May 2006, 1–1 against Bosnia and Herzegovina on 6 September 2006, 2–2 against Slovakia on 10 June 2009 and 2–2 against Belgium on 10 November 2011. In a 2012 survey carried out by the Norwegian Players' Association among away-team captains, Viking Stadion was found to be the league's fourth-best stadium, with a score of 4.27 on a scale from one to five.