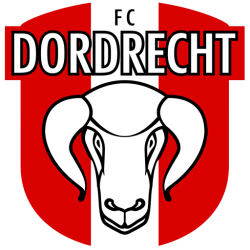 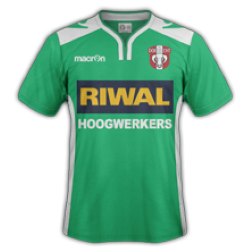 Football Club Dordrecht is a football club from the city of Dordrecht in the Netherlands, currently playing in the Eerste Divisie.

Founded on 16 August 1883 as Dordrechtsche Football Club (DFC), it became a professional club in 1954 upon the introduction of professional football to the Netherlands. The next significant event was in 1972, at which time the professional and amateur branches of DFC Dordrecht severed their ties. The amateur branch remained DFC Dordrecht, while its professional counterpart became simply FC Dordrecht. Following their reorganisation in 1979 (which led to a change in name to Drechtsteden'79 (DS'79) - referring to the region Drechtsteden), the club was promoted to the Eredivisie in 1983. This however was not to last and was immediately followed by a relegation back to the Eerste Divisie. They went back up to the Eredivisie in 1988/1989 season.

In 1990, another investor gave the club its third name of Dordrecht'90. The club just missed promotion to the Eredivisie in 1991, but was finally admitted when Dordrecht'90 surprisingly merged with neighbouring Schiedamse Voetbal Vereniging (SVV) of Schiedam. The club used the name of SVV/Dordrecht'90 for two seasons, but in 1993, the 'SVV' was dropped and the club was renamed Dordrecht'90. Finally in 2002, the club was again renamed, to the name it bore from 1972 to 1979: FC Dordrecht and that is how the name stands today. For a number of years it was one of the clubs with the lowest average attendance of all Dutch professional teams. Undoubtedly the most famous player to wear a Dordrecht shirt was Johan Cruijff, who played 3 friendly matches for the club in January 1981.