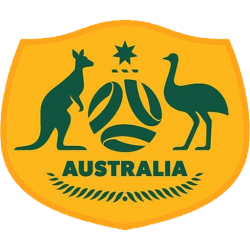 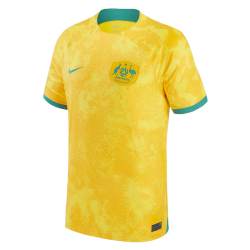 Australia is the only national team to have been a champion of two confederations, having won the OFC Nations Cup four times between 1980 and 2004, as well as the AFC Asian Cup at the 2015 event on home soil. The team has represented Australia at the FIFA World Cup tournament on five occasions, in 1974 and from 2006 to 2018. The team has also represented Australia at the FIFA Confederations Cup four times.

Australia does not have a dedicated national stadium, instead the team plays at different venues throughout the country for exhibition or tournament purposes. In recent years, major international matches have usually been rotated around various large grounds, including Stadium Australia and Sydney Football Stadium in Sydney, Hunter Stadium in Newcastle and Docklands Stadium in Melbourne . International matches have also been played at the Melbourne Cricket Ground and Melbourne Rectangular Stadium in Melbourne, Hindmarsh Stadium and Adelaide Oval in Adelaide, Subiaco Oval in Perth, and Canberra Stadium in Canberra.

Australia historically played at the Gabba in Brisbane, which hosted Australia's first international match on home-soil on 9 June 1923. Other historic venues which regularly hosted international home matches include Olympic Park Stadium in Melbourne as well as the Sydney Cricket Ground, Sydney Sports Ground and Sydney Showground.

In England, the Socceroos have also played several "home" games previously at Craven Cottage in Fulham (Fulham Football Club's home ground), and Loftus Road in Shepherd's Bush (Queens Park Rangers' home ground), owing to the fact there is a large Australian expatriate community in West London, and that a high proportion of the senior team play in European leagues.