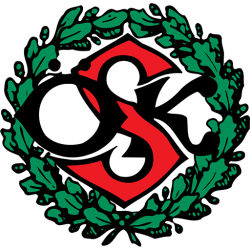 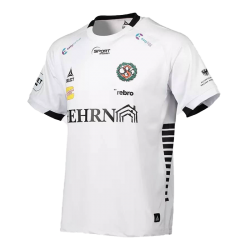 Örebro Sportklubb, more commonly known as Örebro SK, Örebro or (especially locally) ÖSK, is a Swedish professional football club based in Örebro. The club are affiliated to Örebro Läns Fotbollförbund and play their home games at Behrn Arena. The club colours are white shirts and black shorts, leading to the nickname Svartvitt (black-whites). Formed on 28 October 1908 the club have played 50 seasons in Sweden's highest football league Allsvenskan, the club's first season in the league was in 1946–47.

Behrn Arena, mostly known by its previous name Eyravallen, is a football stadium in Örebro, Sweden and home stadium for Örebro SK in Swedish top flight Allsvenskan. The stadium holds 12,645 people and was built in 1923. The stadium has been developed during the last couple of years.

The attendance record at the arena was against the local rival of Degerfors IF having 20,066 people watching the game 8 June 1961, and the record in the modern-day arena is 12,523 being during the game against Hammarby IF, on 13 May 2018.

The stadium's grass is astroturf since 2003, and Örebro was the first top-flight club in Sweden to have that playing surface. This was in part due to the harsher winters in Örebro compared to coastal and further southern areas.