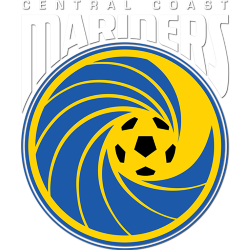 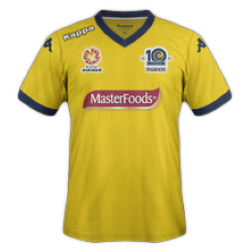 Central Coast Mariners FC is an Australian professional soccer club based on the Central Coast of New South Wales. It competes in the A-League, under licence from Football Federation Australia (FFA). The Mariners was founded in 2004 as one of the eight original A-League teams. It was the first professional sports club from the Gosford region to compete in a national competition. Despite being considered one of the smallest-market clubs in the league, Central Coast Mariners has won the A-League Premiership twice and claimed one A-League Championship from four Grand Final appearances. The club has also appeared in the AFC Champions League four times.

The club plays matches at Central Coast Stadium, a 20,059-seat stadium in Gosford; its purpose-built training facility, Mariners Centre of Excellence, is located in the suburb of Tuggerah. The facility is also home to a youth team that competes in the National Youth League. The English Football League One's Sheffield United has invested in the Central Coast-based club, and the Mariners has affiliation agreements with several international clubs.

The Mariners' main supporters' group is known as the Yellow Army, for the colour of the club's home kit. The club shares a rivalry with Newcastle Jets, known as the F3 Derby, after the previous name of the motorway that connects the cities of the teams. Matt Simon is the Mariners' all-time leading goalscorer as of December 2014, with 43 goals in all competitions. The team record for matches played is held by John Hutchinson, who has appeared in 252 games with the Mariners as of December 2014. The stadium was originally designed to be the home stadium for the North Sydney Bears rugby league football club.

The stadium is rectangular and is unusual in that seating is located on only three sides of the ground. The southern end is open giving filtered views of Brisbane Water through a row of palm trees. With an all seater capacity of 20,059 it was as of 2012 the second smallest stadium in the A-League. It is within walking distance of the Gosford CBD and Gosford railway station. The Central Coast Leagues Club and League Club Field are adjacent to the stadium, across Dane Drive.

In 1911, Erina Shire Council proposed to create a park on the shore of Brisbane Water. The park required much land to be reclaimed from marshland. It also required privately owned land to be purchased by council and a section of road to be demolished. Waterside Park was opened in 1915 and a cricket pitch was added during that year. Further reclamation of the foreshore extended the park during the Depression that gave work to the unemployed. By 1939 surplus railway land had been added and a Bowling Club and green as well as tennis courts had been constructed. In 1939 the Park was renamed Grahame Park, after the then mayor of Gosford, William Calman Grahame.

A full stadium was then touted and later built in the late 1990s, planned to be ready in 1999 for NRL club the North Sydney Bears, before construction problems including large spells of inclement weather delayed completion. The stadium finally opened in early 2000 as NorthPower Stadium at Grahame Park, the Northern Eagles National Rugby League team (a merging of the aforementioned Bears and the Manly Sea Eagles) taking residence there until their dissolving at the conclusion of the 2002 season. In 2003, with no major sporting team in residence, the stadium played host to three group matches in the 2003 Rugby World Cup. The Pacific Islanders rugby union team played one match at the stadium on their 2004 tour. The stadium gained its second full-time tenant in 2005 with the formation of the Central Coast Mariners, a team in the newly formed national A-League soccer competition. It became the first full-time national sporting competition to have a team play at the stadium. Further use of the stadium in 2006 follows from it being the home ground to the Central Coast Waves rugby union team, which joined the Shute Shield in 2006. The stadium continues to host NRL competition matches from time to time, as well as a number of pre-season trials. The Central Coast Rays, the Central Coasts' Australian Rugby Championship team, played out of the stadium during the only season of the competition in 2007. The stadium continued as a home to the Mariners A-League side as of 2007, and hosted NRL matches throughout the 2008 Centenary Year.