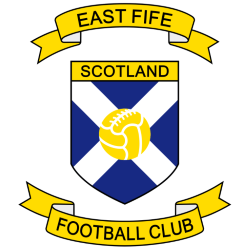 East Fife are one of four senior clubs based in Fife, but are the only one to bear the name of the area. The three other clubs are Cowdenbeath, Dunfermline Athletic and the Kirkcaldy-based Raith Rovers, all of whom have historically shared rivalries.

The club's East Fife Ladies team competes in the Scottish Women's Football League Second Division East. They are a developing club at all ages including first-team for ladies' football, and play their home games in Levenmouth, Fife.

Bayview Stadium, known formerly as New Bayview, is a football stadium located in the Scottish town of Methil, Fife. It is home to East Fife. It was opened in 1998, after the club relocated from the original Bayview Park across town.

The stadium can accommodate up to 1,980 spectators all of whom are seated in a single stand running along one side of the pitch. There are open areas for future expansion. In 2008 plans were announced to increase capacity with the erection of a covered terrace/stand at the sea end of the stadium. Due to the economic climate in 2009 these plans were put on hold.

The stadium's capacity was temporarily expanded to 4,700 for a Scottish League One match against Rangers in October 2013.

The site of the stadium is near the mouth of the River Forth and the pitch used to be overshadowed by Methil power station, which was demolished in April 2011.

From its inception, the stadium had a grass playing surface, however, in May 2017 a new 3G artificial pitch was installed for the start of the 2017–18 season.