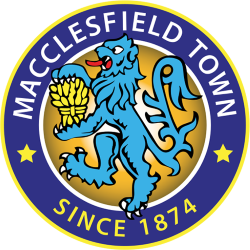 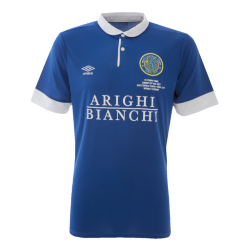 Macclesfield Town Football Club was a professional association football club in Macclesfield, Cheshire, England, which was due to compete in the National League, the 5th tier of English football, in the 2020–21 season but was wound-up in the High Court on 16 September 2020. The club was formed in 1874 and since 1891 played home games at Moss Rose.

Initially known as Macclesfield F.C., the club competed in the short-lived Combination league in the 1890–91 season, reforming in the Manchester League at the end of the century. They won the Manchester League title twice, before becoming inaugural members of the Cheshire County League at the start of the 1919–20 season, ultimately winning the League six times. Renamed Macclesfield Town in 1946, the club were founder members of the Northern Premier League in 1968, winning the league in its first two years, as well as the FA Trophy in 1970. They were promoted to the Conference after they won their third Northern Premier League title in 1986–87.

Manager Sammy McIlroy led Macclesfield Town to the top of the Conference in 1993–94, but they were not promoted as Moss Rose did not meet Football League requirements. They won the FA Trophy for a second time in 1996. They again won the Conference title in 1996–97 and this time were promoted, winning promotion in their inaugural Football League campaign with a second-place finish in the Third Division in 1997–98. However they were immediately relegated from the Second Division. The club stayed in the fourth tier of the Football League from 1999 to 2012, losing a play-off semi-final in 2005, before being relegated back into the Conference. Despite financial constraints, manager John Askey led the club back into the Football League as champions of the National League in 2017–18. In 2018–19 manager Sol Campbell helped the financially troubled club avoid relegation back to the National League, but financial issues continued to affect the club into 2020. The club was relegated to the National League following a points deduction activated on 11 August 2020. The Moss Rose is a multi-purpose stadium in Macclesfield, Cheshire, England. It is currently used primarily for football matches and is the home ground of Macclesfield Town F.C.. The stadium holds 6,355 and was built in 1891, making it one of the oldest grounds in the Football League. 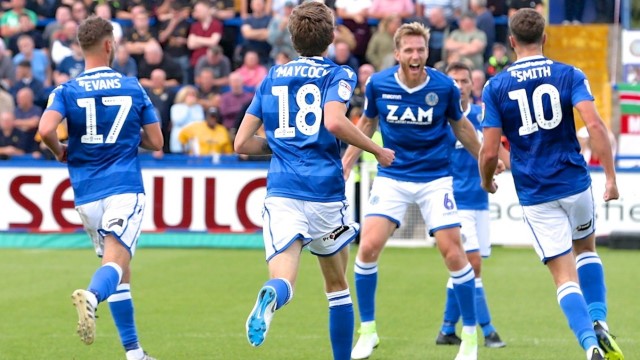