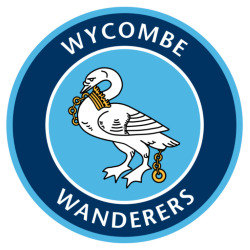 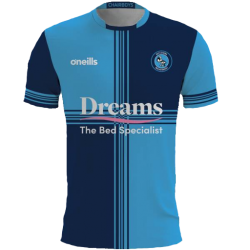 Wycombe Wanderers Football Club is a professional association football club based in the town of High Wycombe, Buckinghamshire, England. The club will play in the EFL Championship, the second tier of English football during the 2020-21 EFL Championship, for the first time in their history, having earned promotion in the 2019-20 League One playoffs. Based at Adams Park, located on the western outskirts of High Wycombe, they traditionally play in quartered shirts of navy (Oxford blue) and pale blue (Cambridge blue). The club's nicknames are "The Chairboys" and "The Blues".

Wycombe joined the Southern League during the 1890s and were members for around a decade. After World War I they joined the Isthmian League and won the FA Amateur Cup in 1930–31. In the 1980s the club were promoted from the Isthmian League to the Football Conference, where they spent seven seasons before being promoted to the Football League in 1993. After another promotion the following year, the club spent sixteen seasons in the third tier, during which they reached the semi-finals of the FA Cup in 2000–01 and the League Cup in 2006–07. Adams Park is an association football stadium in High Wycombe, Buckinghamshire. Built in 1990, it is the home ground of Wycombe Wanderers F.C.. Between 2003 and 2006, the stadium was known as the Causeway Stadium under a naming rights deal, before reverting to its former name.