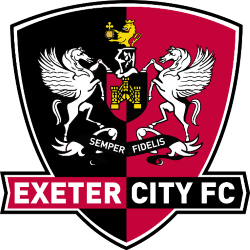 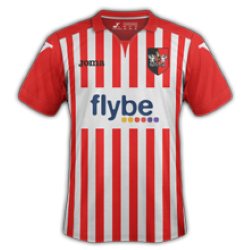 Exeter City Football Club is a professional association football club based in Exeter, Devon, England. The team play in League Two, the fourth tier of the English football league system. The club is owned by the club's supporters through the Exeter City Supporters' Trust.

The club was a member of the Football League from 1920 to 2003. Following five seasons in the Conference National, Exeter were promoted back to League Two for the 2008–09 season and immediately achieved automatic promotion to League One for the 2009–10 season. In the 2011–12 season of League One Exeter City were relegated to League Two, finishing 23rd with 48 points, they have remained in League Two ever since.

Exeter City was founded in 1904 and began playing on an old field used for fattening pigs, St James Park (not to be confused with the homes of Newcastle United or Brackley Town). Exeter remain at St James Park to this day. The club is nicknamed "The Grecians". For the 2016–17 season City's home kit is supplied by Joma and it consists of red and white shirts, black shorts, and black and white socks.

The club is known as the first side to play a national team from Brazil, after a tour of South America in 1914 to generate awareness of football in the continent. As a result, City and Brazilian side Fluminense are now also partner clubs. 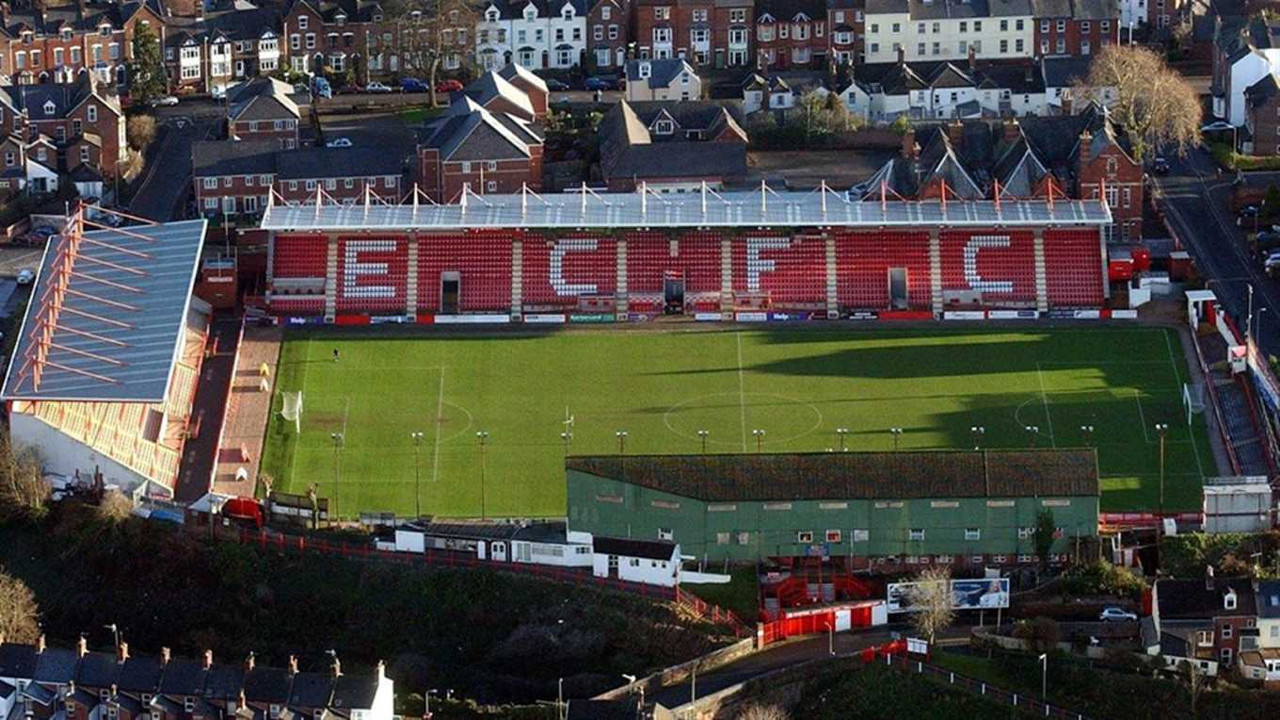 St James Park is a football stadium in Exeter and is the home of Exeter City F.C. The stadium is served by the St James Park railway station which is right next to the ground (the line runs behind the Grandstand). It has been adopted by the club who contribute to its upkeep, under the community rail scheme, and its railings have been painted in the red and white of Exeter's strip.

The Stagecoach Stand and the away terrace will be closed for the 2017/18 season due to redevelopment work at the stadium, with away fans set to be only allocated around 200-1,000 tickets in the seated stand. this reduced the capacity to around 6,000. 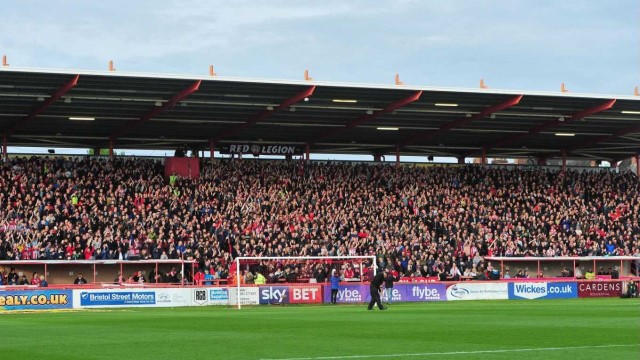