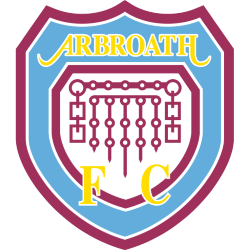 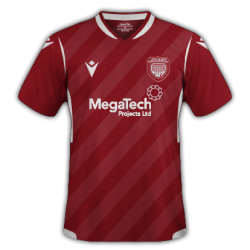 Arbroath Football Club are a Scottish football club currently playing in the Scottish League Two. The club were founded in 1878 and play home matches at Gayfield Park. They play in maroon strips, and are nicknamed "the Red Lichties" due to the red light that used to guide fishing boats back from the North Sea to the burgh's harbour. Arbroath share a long-standing and fierce rivalry with local neighbours Montrose.

The team's most notable and lasting accomplishment is to hold the world record for the biggest victory in World senior football, set on 12 September 1885 when they beat Aberdeen Bon Accord 36–0 in a Scottish Cup match, with a further goal disallowed for offside. Jocky Petrie scored 13 goals in that game, a record for the most goals by a single player in a British senior match.

The team has had mixed success in recent years. In the 1996–97 season they hit the bottom of the Scottish senior football standard as they finished bottom of the Third Division. However, the following season they were promoted to the Second Division. They spent three years at this level before winning promotion to the First Division – arguably the club's greatest achievement in recent history. They finished 7th in their first season in the First Division, 13 points clear of relegation troubles. However, in the 2002–03 season, the team struggled badly, and finished bottom of the table, 20 points adrift of penultimate side Alloa Athletic. In the 2003–04 season, Arbroath narrowly avoided back-to-back relegations, as they escaped the drop on the last day of the season. In 2004–05, however, there was no escaping a 3–0 defeat at Dumbarton on 30 April 2005, which consigned the team to the Third Division for the following season.

Therefore, in recent years the club has risen from the depths of the Third Division to the heights of the First Division, then fallen back down to the basement league. However, under manager John McGlashan, the club competed at the top of Division 3, finishing 4th in their first season and second in the next, reaching both divisional play-offs in seasons 2005–06 and 2006–07, although failing to gain promotion. Arbroath finished fourth in Division 3 and disposed of Cowdenbeath 2–1 on aggregate thanks to a late extra time winner from Robbie Raeside in the semi final. Stranraer were the opponents in the play-off final and the Lichties ran out 2–0 winners in the home tie first leg at Gayfield thanks to a Robbie Raeside header and a Barry Sellars strike. At Stranraer, the Arbroath goal was pummelled for much of the match and the Lichties spent much of the second half down to 10 men after Craig Tully had been red carded. Although one goal was conceded, a resolute defence saw the Lichties hold on for a 2–1 aggregate win and promotion.

Arbroath managed to consolidate their position in Division 2 in 2008–09. The season had started well but a narrow defeat in the Cooperative Insurance League Cup at Gayfield on penalties to SPL side Inverness Caledonian Thistle triggered a sequence of losses and the Lichties found themselves in the bottom half of the table. The performances were boosted by loan additions such as Steven Doris, Craig Forsyth and ex Scotland International, Colin Cameron and the team got results when it mattered. Safety was all but assured with a narrow 1–0 win over Queens Park at Hampden, courtesy of a fine Robbie Ross strike and a 2–0 victory over Stranraer at Gayfield with goals from Ross and Forsyth. A 2–2 draw against Peterhead and a 0–0 draw against Raith Rovers in May was enough to seal 7th spot.

During season 2009–10, results seemed to go into free fall after a 6–0 home defeat to St Johnstone in the CIS Cup early in the season. John McGlashan resigned to be replaced by Jim Weir who after a mixed start eventually rallied the team to a spirited last few weeks of the season. With a win needed against East Fife to avoid the play-offs, the Lichties threw everything they had in the last 20 minutes to find a winner but to no avail. After beating Queens Park in the play-off semi final, their season ended with a 2–0 loss to Forfar Athletic in the final. Weir resigned to take up the vacant position at Brechin City, and was replaced, on 27 May, by Paul Sheerin.

On 23 April 2011, Arbroath defeated local rivals Montrose 4–1 to win the 2010–11 Third Division title; securing Arbroath's first senior honours in their 133-year history and a return to Second Division at their first attempt. Arbroaths next few seasons in the third tier (renamed League One) were a mixed rollercoaster. A tremendous first season playing lively attacking football saw them run champions Cowdenbeath closely, more than matching them in head-to-head counters but lacking the professional edge to grind out other results and losing the final three. The Lichties finished on 60 points and went out in the playoff semifinal. In 2012–13, a fairly mediocre season saw the side end up in 5th spot, on 52 points just pipped for the final playoff spot. One highlight was a 3rd Round Scottish Cup draw at Celtic Park 1–1 and then exiting in the replay due to a perfectly acceptable equaliser being ruled out.

Season 2013–14 was disastrous. After an average start, a run of 14 games without a win (and very few draws) saw the side end up bottom of the pile on 31 points and automatically relegated. Scoring was not really a problem but defence was. The attack-minded and purist emphasis of manager Sheerin, who continued as player-manager, meant most fans stayed supportive. Some poor signings were costly. Arbroath thus experienced their fourth relegation in 11 years. Sheerin left Gayfield in June 2014 to take up a post with the Under-20 side at Aberdeen. Allan Moore was subsequently appointed with Todd Lumsden as assistant. On Sunday, 12 April 2015, after a string of poor results in which the team only won once in 16 games, Moore was relieved of his duties as Manager and Lumsden took the helm. The team had been sitting at the top of the table by eight points in December but ended up finishing third and subsequently lost 3–2 on aggregate to Queens Park in the Play Off Semi Final.