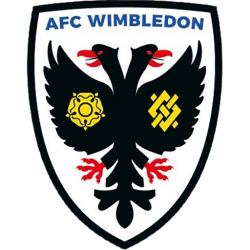 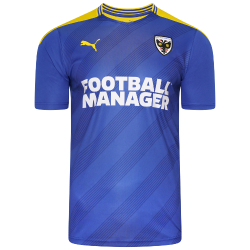 AFC Wimbledon is an English professional football club, based in Merton, London, which has played in League One, the third tier of the English football league system, since winning promotion in 2016. The club's home stadium is Plough Lane.

When AFC Wimbledon was formed, it affiliated to both the London and Surrey Football Associations, and entered the Premier Division of the Combined Counties League, the ninth tier of English football. The club has since been promoted six times in 13 seasons, going from the ninth tier (Combined Counties Premier) to the third (League One).

AFC Wimbledon currently hold the record for the longest unbeaten run of league matches in English senior football, having played 78 consecutive league games without a defeat between February 2003 and December 2004. They are the first club formed in the 21st century to make it into the Football League.

The club was initially based at Kingsmeadow, a ground bought from and then shared with Isthmian League club Kingstonian F.C. until 2017, and with Chelsea F.C. Women from 2017. In November 2020, the club moved to Plough Lane, a new stadium on the site of the defunct Wimbledon Greyhound Stadium, only 250 yards away from the original Plough Lane, Wimbledon F.C.'s home until 1991. The new stadium has an initial capacity of 9,300, with the option of expansion to a maximum 20,000 at a later date. Plough Lane is a football stadium in Wimbledon, south-west London, which has been the home of AFC Wimbledon since 3 November 2020. A groundshare with rugby league side London Broncos was approved in mid-2021.