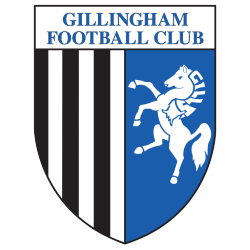 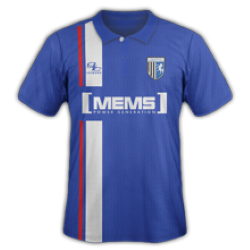 Gillingham Football Club is an English professional football club based in the town of Gillingham, Kent. The only Kent-based club in the Football League, the "Gills" play their home matches at the Priestfield Stadium. In 2013–14, Gillingham competed in Football League One, the third tier in the English football league system, after gaining promotion from Football League Two as champions the previous season.

The club was founded in 1893 and joined the Football League in 1920. They were voted out of the league in favour of Ipswich Town at the end of the 1937–38 season, but returned to it 12 years later after it was expanded from 88 to 92 clubs. Twice in the late 1980s they came close to winning promotion to the second tier of English football, but a decline then set in and in 1993 they narrowly avoided relegation to the Football Conference. Between 2000 and 2005, Gillingham were in the second tier of the English football league system for the only time in their history, achieving a club record highest league finish of eleventh place in 2002–03. The stadium underwent extensive redevelopment during the late 1990s, which has brought its capacity down from nearly 20,000 to a current figure of 11,582. It has four all-seater stands, all constructed since 1997, although one is only of a temporary nature. There are also conference and banqueting facilities and a nightspot named the Blues Rock Café. Despite having invested heavily in its current stadium, Gillingham F.C. has plans to relocate to a new stadium.