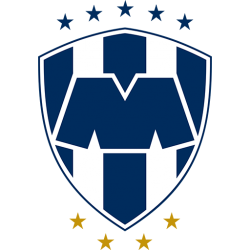 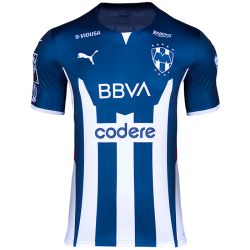 Club de Fútbol Monterrey is a Mexican football club from Monterrey, Nuevo León which currently plays in the Liga MX. Founded on 28 June 1945, it is the oldest active team in the professional division from the northern part of Mexico. The club is owned by FEMSA, Latin America's largest bottling company. Its home games have been played in the Estadio BBVA since 2015.

Monterrey has won four league titles, two domestic cups, and four CONCACAF Champions League titles (notably, three consecutive tournaments in 2011, 2012 and 2013). The team is commonly known as the Rayados (the striped ones), due to the club's traditional navy blue striped uniform. The uniform is reflected in the club's current crest, which is also decorated with stars above the crest representing the club's league titles and stars below the crest representing continental titles. In terms of overall performance, it is the strongest club from Mexico and all of CONCACAF at the FIFA Club World Cup, with a 5th-place ranking in the all-time table.

The club's oldest rival is Tigres UANL of the Autonomous University of Nuevo León. The local derby, known as the Clásico Regiomontano, is known for being one of the most intensely competed derbies in Mexican football and is regarded by people in the city of Monterrey as the most important Mexican derby.

The Estadio BBVA, nicknamed "El Gigante de Acero" (Spanish for "The Steel Giant"), is a stadium developed by FEMSA and C.F. Monterrey in Guadalupe, Greater Monterrey. The stadium replaced the Estadio Tecnológico as the home of Monterrey, ending 63 years of residency at that stadium. The project was met with much controversy, stemming from multiple accusations of the construction as an apparent impediment to wildlife growth on a local scale. It was inaugurated on 2 August 2015 with the eighth edition of the Eusébio Cup, where Monterrey defeated Benfica 3–0.