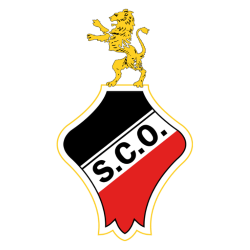 Its football team was founded on 27 April 1912 and currently plays in the Campeonato de Portugal, the third division of Portuguese football. It holds home matches at the Estádio José Arcanjo, with a 5,661-seat capacity.

Olhanense were the first team from outside Lisbon or Porto to be crowned Portuguese Champions, in 1924.

Estadio José Arcanjo is a multi-purpose stadium in Olhão, Portugal. It is currently used mostly for football matches and is the home stadium of Olhanense. The stadium is able to hold 11,622 people and was built in 1984. The Estádio José Arcanjo endowed with two central workbenches, prolonged by the tops in few steps, with natural grass and, initially, with a trail of athletics in beaten land and a polidesportivo, was inaugurated in 1984, with a private game between the Olhanense and Portimonense one of the greatest rivals of the Algarve clubs in which the away side won 0–4. That infra-estrura sporting is estate of the Olhanense and will have a sufficient capacity for house around 10 thousand people. With the presence of the Olhanense in the Portuguese Liga in middle part of the 1970s the club seriously thinking about the construction of a new stadium for the club. The competitive demands of the club and the precarious conditions of the Stadium Padinha like this imposed. The wealthy Arcanjo family of the city of Olhão, gave up the lands to the club for the construction of the Estádio José Arcanjo. The beginning of the works of construction will have occurred still in the decade of the 1970s, however, barely in the decade of the 1980s the Estádio José Arcanjo stayed promptly and was officially inaugurated to become the home of the Olhanense. In 2009 the stadium was renovated to introduce the club to the Portuguese Liga. It has sold-out crowds for both of the games with SC Braga, Benfica, FC Porto and Sporting CP.