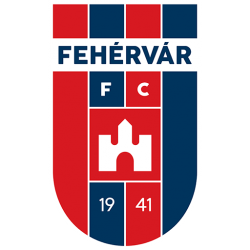 Fehérvár Football Club (commonly known as Fehérvár, Vidi, or MOL Fehérvár Football Club for reasons of sponsorship), is a Hungarian professional football club based in Székesfehérvár, which plays in the Nemzeti Bajnokság I, the top level of the Hungarian league system. Due to sponsorship reasons, the club changed its name from Videoton FC to MOL Vidi FC in 2018, the main sponsor of the club being oil and gas multinational company MOL. In 2019 the club changed its name once again to MOL Fehérvár FC.

Fehérvár has won the Nemzeti Bajnokság I three times, in 2011, 2015, and 2018. They have also won the Magyar Kupa twice: in 2006, after defeating Vasas on penalties in the final, and in 2019, after defeating Budapest Honvéd FC. They won the defunct Hungarian League Cup three times in 2008, 2009, and 2012 and the also defunct Hungarian Super Cup two times in 2011 and 2012. Fehérvár is best known in European football for reaching the 1985 UEFA Cup Final, being led by Ferenc Kovács. Most recently, the team has participated in the group stage of the UEFA Europa League in the 2012–13 and 2018–19 seasons.

The club colours are blue and red. Since 1967, Fehérvár has been playing its home matches the Sóstói Stadion, currently called MOL Aréna Sóstó due to sponsorship reasons. During the reconstruction of the stadium between 2016 and 2018, they played their home games in the Pancho Aréna in Felcsút.