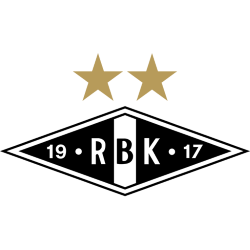 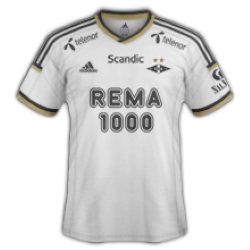 Rosenborg Ballklub (pronounced ; RBK for short) is a Norwegian professional football club from Trondheim that plays in Tippeligaen. Rosenborg is Norway's most successful team, having won 23 league titles, nine Norwegian Football Cup titles and played more UEFA matches than any other Norwegian team. RBK play their home games at the all-seater Lerkendal Stadion which has a capacity of 21,400. Kåre Ingebrigtsen was appointed head coach in July 2014.

The club was founded as Odd in 1917 but were not allowed to play amateur league matches until 1928, when they took the present name. They reached the League of Norway in 1937–38, but were relegated to lower divisions during the 1940s. The club moved to Lerkendal in 1957 and their first title was the 1960 Cup, resulting in their first participation in a UEFA tournament. It was not until the 1960s that RBK was established as Trondheim's leading football team. In 1967 RBK was promoted to the top league where they, except for the 1978 season, have remained ever since. They won three league titles between 1967 and 1971. The club's golden era started with the 1985 league title. From 1991 through 2004 the team won 13 consecutive titles, 10 under manager Nils Arne Eggen. During this period they also participated in the group stage of Champions League 11 times, reaching the quarter-finals in 1996–97.

Lerkendal Stadion is an all-seater football stadium located at Lerkendal in Trondheim, Norway. The home ground of the Tippeligaen side Rosenborg BK, it has a capacity for 21,166 spectators, making it the second-largest football stadium in the country.

Lerkendal opened as a multi-purpose stadium on 10 August 1947, as the main football and athletics stadium in Trondheim. Originally the venue was mostly used by the football teams SK Freidig and FK Kvik, and Rosenborg did not became a tenant until 1957. A new grandstand with roof was completed in 1962, and floodlights were installed in 1968. The oldest of the current stands were built in 1996, along with new lighting. Three more grandstands were built between 2000 and 2002, which also saw the removal of the athletics facilities and the sale of the stadium from Trondheim Municipality to Rosenborg. Further expansions plans have been launched, to increase capacity by filling in the corners and possibly by building a retractable roof.

The record attendance of 28,569 dates from the decisive league match against Lillestrøm in 1985. Ten international matches were held at Lerkendal between 1951 and 1990. One domestic cup final has been held at Lerkendal; the Women's Cup Final in 1986.