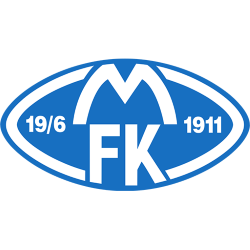 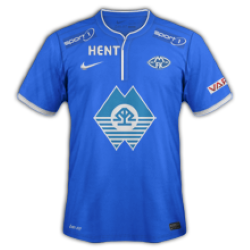 Molde Fotballklubb is a football club from Molde, Norway, that currently plays in the Tippeligaen, the Norwegian top division. Founded on 19 June 1911, Molde was originally known as International. Molde are three-time league champions (2011, 2012, 2014) and four-time Norwegian Cup winners (1994, 2005, 2013, 2014), and have finished 2nd in the league a further seven times. Molde is one of only two Norwegian clubs to have participated in the UEFA Champions League.

Its home matches are played at Aker Stadion, which has a maximum capacity of 11,800. The stadium was inaugurated in 1998, and was a gift from the local businessmen Kjell Inge Røkke and Bjørn Rune Gjelsten. The club was formerly based at Molde stadion, which hosted the club's record attendance of 14,615. Molde's supporter club is called Tornekrattet ("Thorn bush", a reference to the city's nickname "The Town of Roses") and were started after the 1994 Cup Final victory.

Until the beginning of the 1970s, the club mainly played in local lower division leagues, except for a short visit in the Hovedserien in the 1957–58 season. In 1974 Molde was back in the top division and finished second in the league, and have since then become one of Norway's leading clubs and generally stayed in the top division. Molde also finished second in the league in 1987, when the club lost the championship to Moss in the decisive match of the season.

The club was the first professional club of former Manchester United player Ole Gunnar Solskjær, and in January 2011 he returned to manage the club. In his first season as manager, which also was the club's centenary season, Molde won the league championship for the first time. The next season Solskjær and Molde retained the championship. Today the club has approximately 900 members and around 55 teams in three departments. Aker Stadion, formerly known as Molde Stadion, is a football stadium located at Reknes in Molde, Norway, and is the home of Norwegian Premier League club Molde. The stadium has a capacity of 11,800 spectators.

The building was designed by architect Kjell Kosberg. It cost NOK 212 million, most of which was paid for by club-owner Kjell Inge Røkke—after whom the ground has been nicknamed "Røkkeløkka". The main construction work took place 1997, and the stadium was inaugurated on 18 April 1998 in a league game against Lillestrøm, replacing Molde idrettspark as Molde's home ground. The stadium was nominated for the FIABCI Prix D' Excellence and awarded the City Prize in 1999. The record attendance of 13,308 was set in a league match against Rosenborg in 1998. The same year, the arena hosted its first international match, where Norway beat Saudi Arabia 6–0. The following year, when Molde reached the UEFA Champions League, the stadium was converted to an all-seater, reducing its capacity. Since May 2006, the stadium name has been sponsored by Røkke's company Aker. The grass pitch was replaced with artificial turf in 2014.