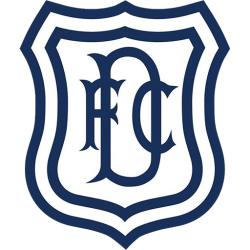 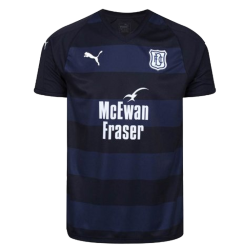 Dundee Football Club is a professional football club based in the city of Dundee, Scotland. Founded in 1893, they are nicknamed "The Dark Blues" or "The Dee". The club plays its home matches at Dens Park.

The club was formed after a merger between clubs Dundee East End and Dundee Our Boys in order to apply for the SFL. Within a decade they had become a major force in Scottish football, finishing as league runners-up three times in the 1900s, and finished the decade as Scottish Cup winners in 1910. They would remain a major side in Scottish football before a decline in the 1930s. After the return to football in the aftermath of World War II, the club experienced a revival in the late 1940s and 1950s under George Anderson with another runners-up finish and consecutive Scottish League Cup wins in 1952 and 1953.

The club's most successful era was in the 1960s when, under the management of Bob Shankly, Dundee won the Scottish Football League title in 1962, before reaching the semi-finals of the 1962–63 European Cup. The club would once again win the League Cup in the 1973–74 season, but have yet to win another major honour since. Since the late 1970s, the club has experienced issues with frequent relegations and financial issues, though have found stability in the latter as of late.

The club has a long-standing rivalry with fellow Dundee side Dundee United, who are situated on the same street. It is the most local football derby in Great Britain. Matches between the two are called the Dundee derby, and games are fiercely contested and are often considered one of the most exciting fixtures in Scottish football. Despite this, the rivalry is much friendlier than other Scottish derbies such as the Old Firm, with families often split down the middle in terms of support.